The UKMS Forum is BACK!

-----------------Hello there.As you may be aware, I recently had my Google account hacked meaning I lost access to the UKMS blog. After some internal chit-chat we decided to go with relaunching the forum, although in a stripped down version.Anyway, it's up now HEREPlease follow the rules and enjoy!CheersG
Posted by surfempty at 11:33 No comments:

Forwarded from G...
My Gmail account has been hacked. If you get an email from me saying I'm in Spain and need money it's b*ll*cks. Any tips on how to get Google to move a bit faster will be much appreciated.
Cheers
G
Posted by surfempty at 11:01 2 comments:

Sunday Service at the Bowgie 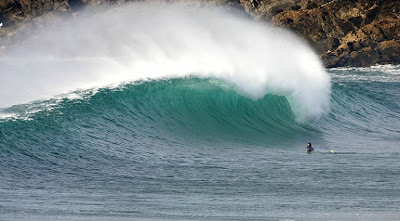 ﻿I seemed to stumble across something interesting today.  An addition to the getting under waves repetoir.
Surfmatt and I were surfing in fairly heavy waves with sneaker sets dumping on your head every now and then.  I've always been one to just duckdive and hang on tight but we had a stonking set come through and I was properly for the chop!  I went to duckdive as normal but, instinctively, I pushed down for the duckdive and then rolled over the nose of the mat and switched to a full 4x4 (arms and legs) bear hug.
Basically, as the lip hit me, I was head down, arse up and rolling forwards in a somersault with my arms and legs wrapped around the mat.  I was expaecting to go through the wash but to my surprise I came up almost straight away behind the wave!
I wouldn't do this all the time as you have to pfaff about with getting back on the mat and stuff but last second when a thick, pitching dumper is about to cut you in two?  Definately the way forward.
Cheers
G
Posted by GRAYMAN at 21:04 1 comment:

Super bargain this is!!!

These are the best there are and this price is amazing!

Well here it is.

Please take the time to set to HD. 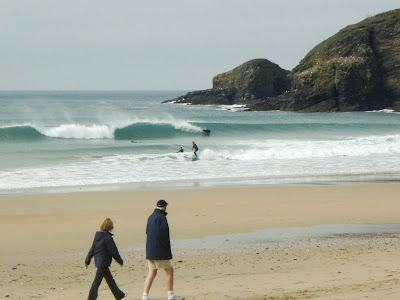 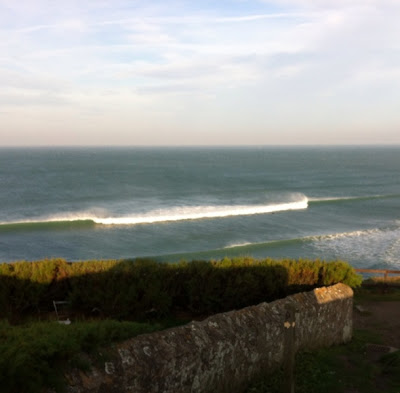 Hi there.Just going to blow apart a few commonly held beliefs about matting!
First,wind.Don't worry about it!Recently,I've been out in pretty breezy conditions.Today had gusts up to 40 knots offshore(see pic).No problems.Just as easy to catch waves and speed pretty good!
The mat seems to adhere to the water well,like a pondskater.Easier than riding a rigid board,cos the mat isn't chattering over all the wind ripples or flying backwards off the peak.
So there we are.
Any mat disappearances I've heard of were caused by rip currents rather than wind.
Let us know of your close calls and any worries you may need dispelling(especially non-matters wavering about starting and beginners).
Bye now!

Well then, Matmeet 8 finally went off and has to be considered the weirdest meet yet given the chunky closeout conditions! There was a clean pointbreak in the area but it isn't for the faint-hearted as getting caught inside comes with a serious risk of getting nailed on the rocks so certainly not the place for first timers and inexperienced mat surfers.

That said, our newest recruit Anthony (don't know your last name, sorry) really showed some determination taking on head+ closeouts at Crackington Haven. The fact that he came out of the water saying that he's hooked on mats spoke volumes given the testing conditions, Just think how much he'll love it when he rides some better waves!!! Not bad for a bloke who's never ridden prone, let alone on a mat!

Anyway, despite the conditions everyone had a laugh. It's always good to hook up with everyone and the sun was out. :-)

So then, the turn out was pretty good with the following making it:

We also saw John (who's name I also don't know) and my mate James Burke make it although both were heretics with John sponging and Burkie riding a shortboard of all things!

Anyway, most had at least a few good waves (apart from me... I can't remember the last time I surfed as badly as I did today).  In fact, Crackie cranked out the odd cracker and Piskian took the opportunity to remind us all that he is a seriously talented mat surfer.  Seriously... The "Wave of the Day" award is normally a half-arsed affair with little thought given when voting (as it should be) but today it really did mean something. Ian's surfing was inspirational, showing exactly what mats can do in talented hands in testing conditions.

Anyway, before Piskian starts trying to get Patagonia to sponsor him, or some such, I'll move on:

WAVE OF THE DAY was obviously Piskian. We didn't even vote. It was just a given. Like Kelly Slater hanging out with a surf school.

BEST PARTY WAVE went to me, Bob, Piskian and Anthony but video evidence now shows that Blimp should've been in the mix too! Your hat will be in the post!!!!


The next meet is on the Dorset South Coast around February (definitely).  Thanks to Burkie for filming/shooting in the car park. He's committed to coming to the next meet and will even ride a mat at it! Good lad!!!

Shame to see some significant absentees such as Juan, Cookson, Bluey, Matt23, Surfmatt and others. One of these days we'll get everyone there... WATCH OUT STAND-UPS!!!


Anyway, to finish, really good fun as always. Not the best surf for exactly the opposite reasons that MM7 was but still... We were all smiling.

So then, here are some photo's and screen grabs. Video to follow. 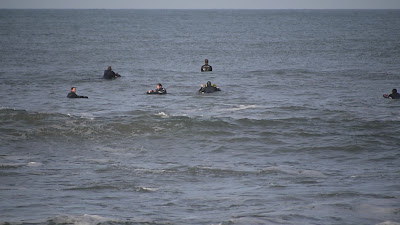 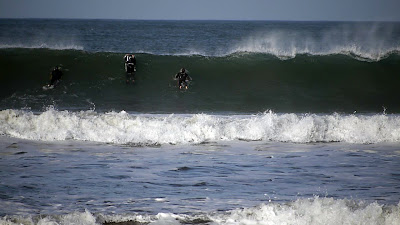 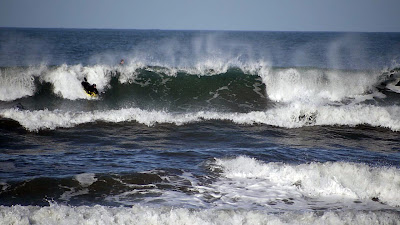 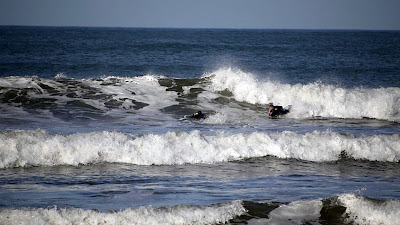 Jerry on a rare right. 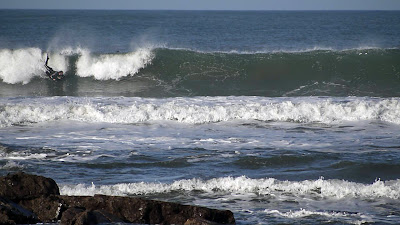 Dan. If prizes were given for commitment to matting Dan would be putting up new shelves every week! 2 years ago he didn't even surf. Now he's one of the most surf-stoked matters I know and put in a good shift today. 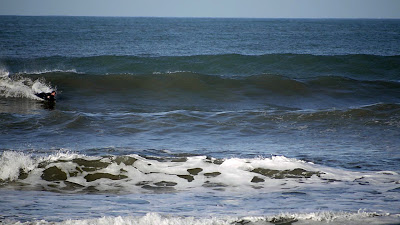 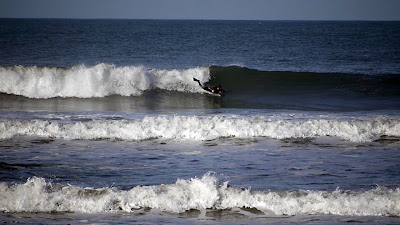 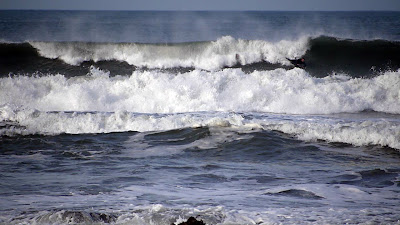 Jerry finds the pocket on his Standard Blue Streak with DIY grip. Another relatively new convert who's fallen head over heels.


Post-surf mat-chat; Blue Streak Bro's Dan & Adrian. The latter tried a BS for the first today. "Zooooooom!" was the verdit! 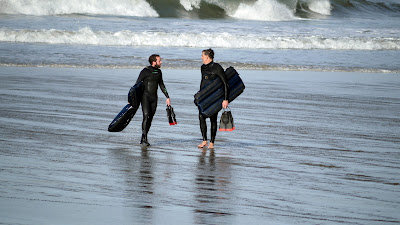 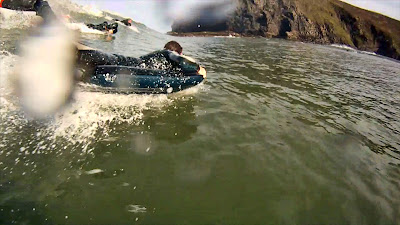 Ian get in a wee one. Exceptional surfing. 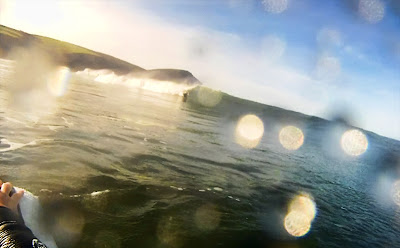 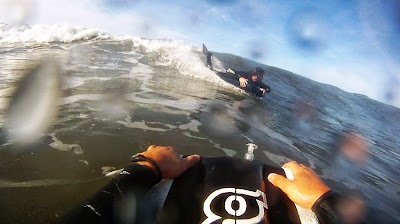 Bob on the next on in the set. I opted to duckdive these ones and wait for the dumpers.  :-( 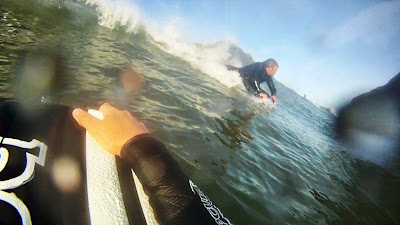 No retreat, no surrender! Jerry eyes an unlikely pit. 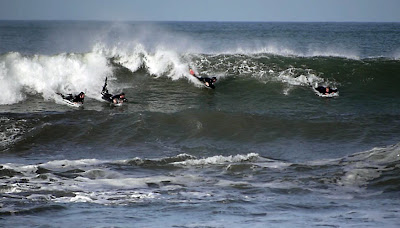 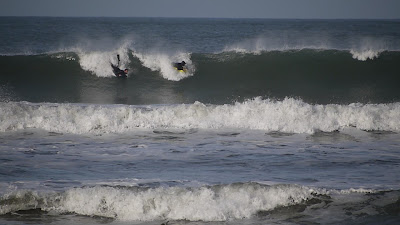 Dan and Phil on the road to nowhere. 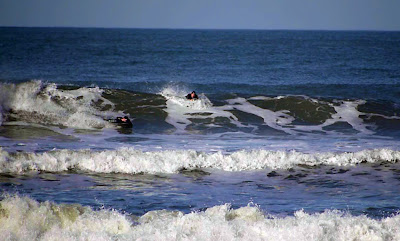 8 happy matters. The waves might not have been perfect but at least we didn't have to share them! 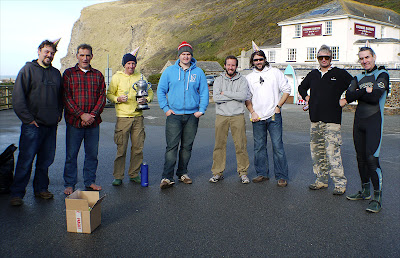 For all that don,t fancy the long drive to Widdy how about a Dawnie on Saturday G is sending down a camera
Posted by Blimp at 19:36 3 comments:

As you will know MATMEET 8 is on this weekend. As a special treat there will be an oportunity to buy brand new 4GF Standard Blue Streaks with a set of DaFins for the unbeatable price of £170!!!

Blue Streaks are super pliable and come with GRIP Stippleback S-FAHT grip and go like stink!!!

DaFin are the favoured fin for many of the UK's matters. They offer the perfect balance between the manouverability of shorter bodyboard fins and the drive of longer, traditional surfing fins.

The result is a great area to drive return and exceptional hold when needed.

Cash on the day please!!!

OK then mat fans, after much deliberation and chit-chat between me and Papa Joe, we've decided to settle on the north coast for Matmeet 8.

Saturday looks to be the best option now as Sunday's forecast has gone flat to tiny!!!  We might need to have a bit of a snoop to find the best wave but I suggest meeting by the Lifeguard Hut in the Widemouth Bay main carpark at 08.30am.

See the map below for details of where:

Sorry to the south coasters. We'll aim for Feb up there. Unfortunately the swell and winds just look like too much of a gamble in the channel without calling things last minute.

Can people PLEASE reply TO THIS POST on the blog rather than via email/text to make sure we are all talking to each other.  Thanks.

Looking for a fun one. We have HD cameras both in and out of the water so come along and make yourself an internet star!!!

According to Chav-o-licious tabloid the Mirror, a Great White has been blamed for wounds on a Blue Shark washed up on a beach in Essex.
HERE THE STORY

All I can say is fingers crossed. We need to fill out the numbers in the water and a confirmed sighting would scare off at least half.

Slightly worrying that the vet nurse called the Blue Shark's fin a "flipper". Don't think I'll be taking my goldfish to that practice!
G
Posted by GRAYMAN at 17:28 1 comment:

"Over it" is a strange phrase.  Kinda suggestive that the thing you've moved on from was a problem or, in some way, trivial.  In this case it certainly is not. I'm talking about kneeboard surfing. 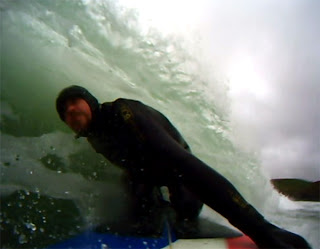 I'm not sure I'm "over it" but it is a possibility.  I took my board out for a spin earlier today after riding my mat for a few hours.

It was the first time I'd been on it since Jan/Feb this year and it felt dead...
Dead and cumbersome.

Granted, by the time I took it out the wave has gone pretty soft and junky but it wasn't just the riding.  Also, I'm pretty much up for taking on any conditions on the mat, including solid heavy waves, particularly now that I have G-Mat 3.

Finally, the space the board takes up in the car just makes it a hassle.

Anyway, I got home today and my kneeboard went straight in the garage again. I don't plan to get shot of it or anything. I just don't really see a plan in the near future to ride it either though.

Email ThisBlogThis!Share to TwitterShare to FacebookShare to Pinterest
Labels: other surfing 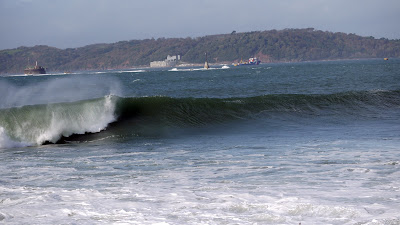 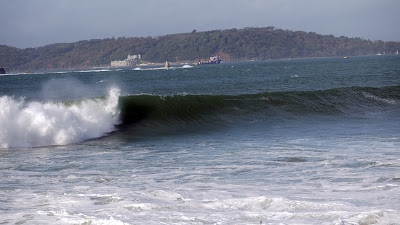 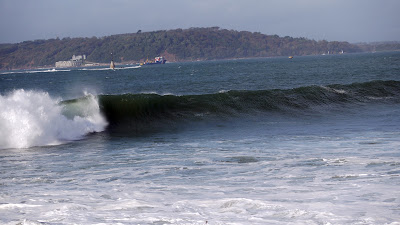 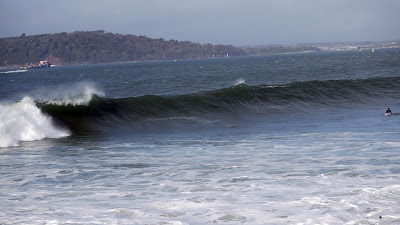 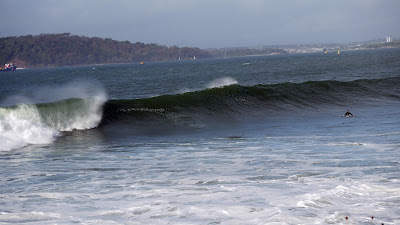 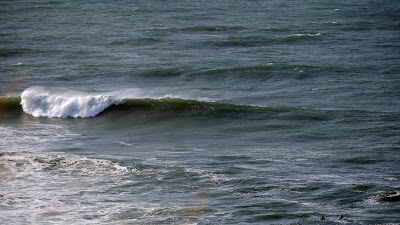 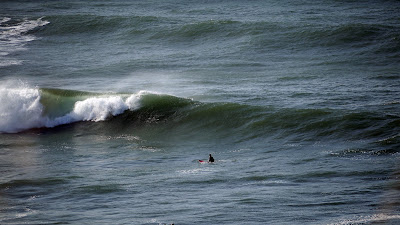